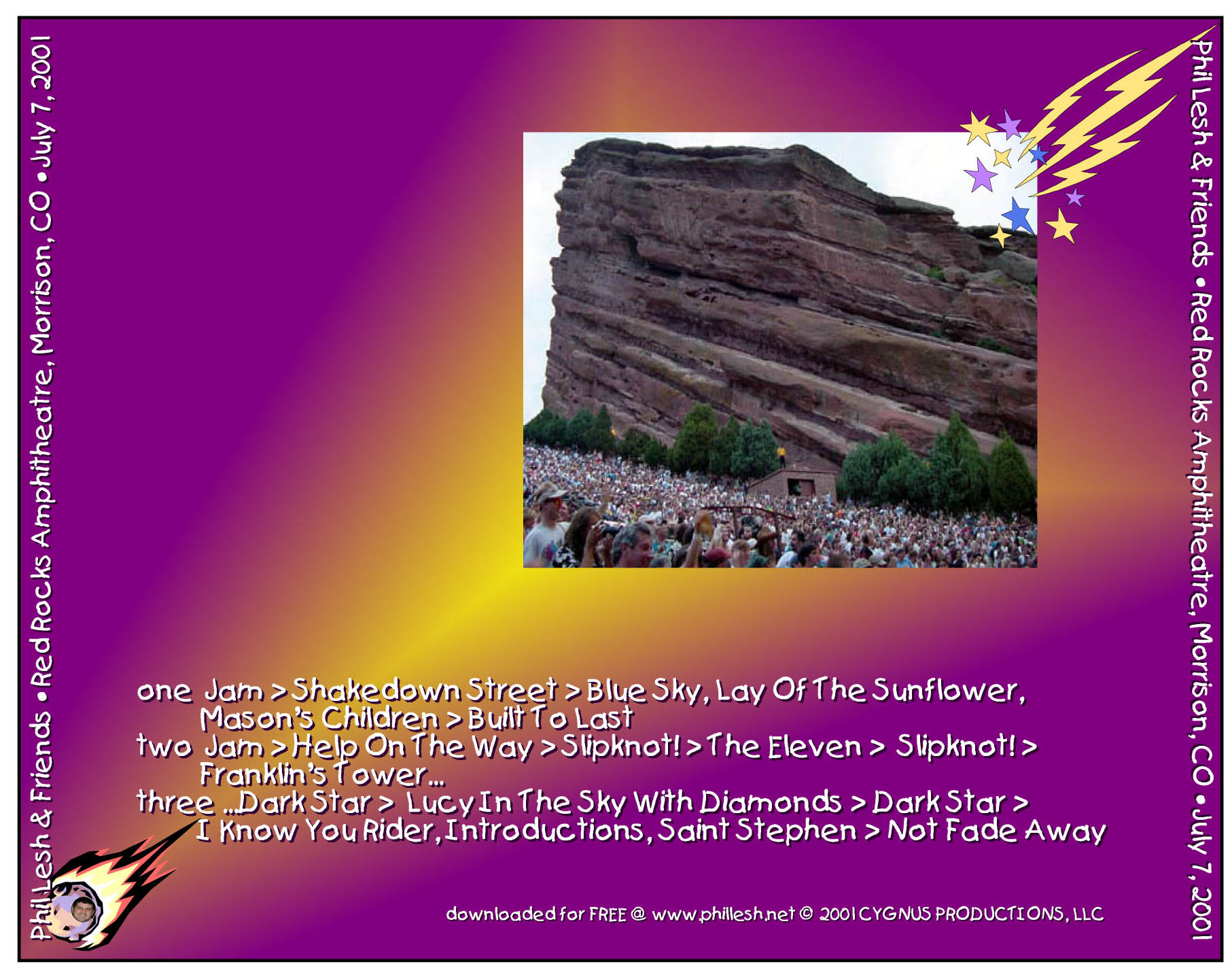 Reviewer: bming5 - favoritefavoritefavorite - July 7, 2015
Subject: rating the recording, not the show
I can't bring myself to articulate or classify shows. Loved this one, but the cuts between songs are rough to hit. Maybe it's because this is from the early days, and I am not a techie, just a mostly-receptive audience. Otherwise, it's very crisp and strong.

Reviewer: Leshtricity - favoritefavoritefavoritefavorite - April 2, 2007
Subject: A solid show
This isn't the best Phil show I've heard, or even in the top 10, but it has moments and it is enjoyable. Just because a show isn't 5-stars doesn't mean it's not worth a download. If we all listened to the same 5-star shows it would get old.

The initial fuck-up on Franklin's is kinda cool, though. It was annoying at first but then when they all got on track together it gave me that real deep congealing sensation, like everything just clicks, and it's great.

Reviewer: mmw365 - favoritefavoritefavorite - July 15, 2005
Subject: Good setlist, wonderful sound but I think the band is off
Franklins is off as well as couple more. Once again the quality of sound on the recording is wonderful but the boys are little off key.

Reviewer: Olymp Ian - favoritefavoritefavoritefavoritefavorite - April 26, 2005
Subject: A Summer Odessey Red Rocks Finale
This was a great show (unbiased opinoin I swear) Phil, this tour made my millenium Masons chilldren, Help Slip it was intense, Then during setbreak a sudden downpour ,and a lightening show that (a long time Bopulder resident claimed to be unparalelled),Then Phil ordered the rain to stop and the band played on.Thank you Phil, John,Warren,and Jimmy